What to Expect in the 2023 Housing Market 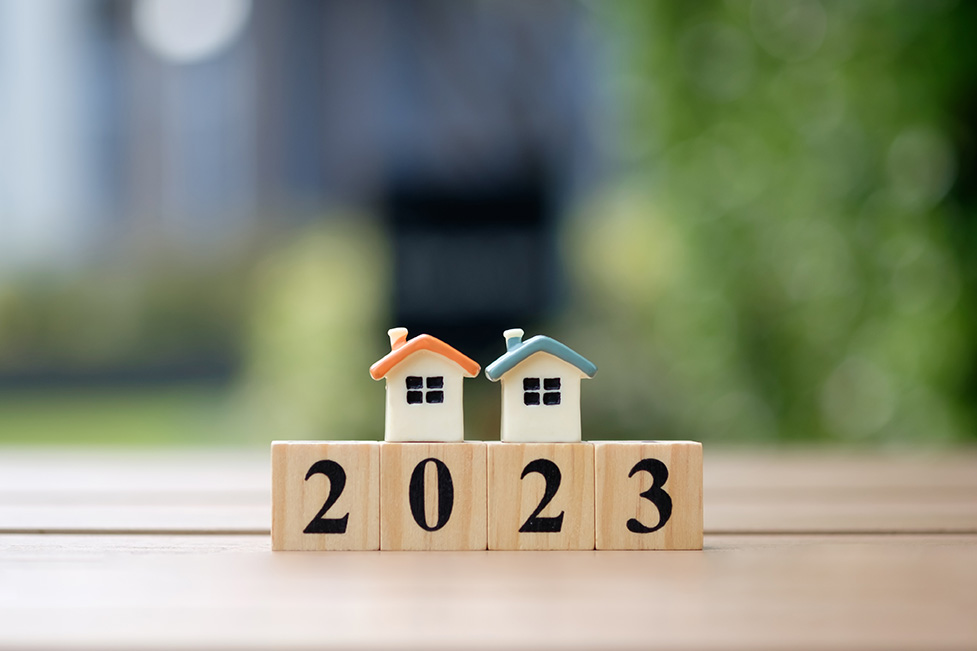 As we settle back into life after the holidays, housing and real estate prognosticators – of which there are many – are out in full force projecting the coming year.

While nothing is certain and unforeseen circumstances can easily and swiftly alter industry winds, there seems to be a consensus that 2023 will be a year of settling after a global health pandemic, a rush on homebuying unseen in well over a decade, 124 consecutive weeks of rising home prices in the Chicago area, bidding wars, and fast-rising mortgage rates.

Buyers Viewing the Home as a Place to Live, Not an Investment to Flip

Speculation and investment will forever be a part of the real estate market, but it’s slowing amid higher interest rates and rising consumer focus on stability and practicality. Homeowners, in fact, are staying longer in their homes than during any other time in recent history – an average of more than 15 years in the Chicago area, according to a study from Redfin. Many industry analysts expect that number to continue ticking upward as buyers settle in their homes for the long haul and evaluate home purchases, including new construction, more on lifestyle decisions than investment potential.

In September 2022, there were fewer than 20,000 active property listings in the greater Chicagoland area, according to data from the Federal Reserve. That’s half the number of listings typically found during early autumn. With people staying in their homes longer and the slowing pace of sales given interest rates, forecasters predict housing inventory levels will remain weak in 2023.

With slim inventory, buyers unable to find a home suiting their needs are expected to turn an eye toward new construction and building a home to fit their needs, as can be accomplished with Gallagher and Henry.

Mortgage rates emerged a hot topic in the second half of 2022 and that shows no signs of slowing in 2023. At the start of 2022, the average 30-year mortgage rate hovered right above 3 percent. By September, it had doubled to 6 percent. By November, it neared 7 percent.

Many predict mortgage rates will drop in 2023, though it might take some time. The Mortgage Bankers Association forecasts rates to end 2023 at around 5.4 percent. Not the glorious rates of early 2022, but an improvement that will arm buyers with more purchasing power.

Outdoor living was en vogue before the pandemic but surged in popularity thereafter.

The appeal of outdoor spaces will remain high in 2023, various analysts predict, as homeowners seek outdoor environments where they can relax, entertain, and even work. It’s a trend crossing nearly every homebuyer demographic, too, from empty nesters wanting a peaceful place to unwind to young families seeking to increase living space.

Universal design seeks to balance aesthetics and functionality. Though a familiar concept, it’s become more important as homeowners embrace the idea of the “forever home” and increasingly favor practicality.

Universal design includes elements like walk-in showers with benches, wide hallways, and attached garages—things that make the home easier to live in and navigate. Combined with the surging popularity of ranch homes, something Gallagher and Henry has observed with its Amberwood and Fremont home plans, universal design helps homeowners commit to their home for the long term, even as accessibility or mobility needs might change.

A Finer Focus on Flexibility

With work entering the home at an unprecedented level in the post-pandemic world, homebuyer interest in flexible spaces has accelerated. Buyers like the idea of blank-canvas spaces, such as flex rooms, studies, or basements, capable of bending to the needs of the home at any given time.

While all six of Gallagher and Henry’s six Lifestyle Series home plans feature a basement, five of the plans have a main-level living space that can transform to accommodate the homeowners’ needs – from a children’s play area to a study room, from an extra TV room to a home office.