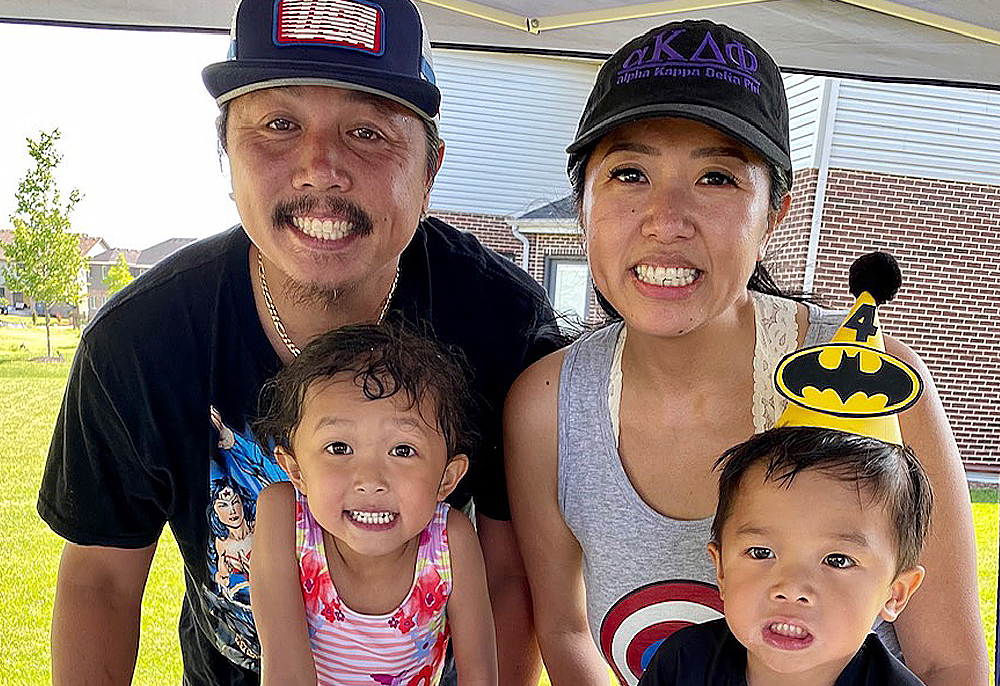 In November 2016, Chuan and Tram, then parents of one young daughter with a second child on the way, moved into Gallagher and Henry’s Farmingdale Village community in Woodridge. Gallagher and Henry’s earnest efforts to accommodate customization requests, the quality of the homebuilder’s work, and the spirited growth of the family’s Farmingdale Village neighborhood makes this couple a pair of satisfied buyers.

When those same family friends told Chuan and Tram that Gallagher and Henry had opened a new phase of development at Farmingdale Village, the couple quickly made their way to the sales office. “We were actually excited to be the first home in the new area because it allowed us to pick the exact lot we wanted,” Chuan says. “Plus, we really liked the idea of our kids growing up with the neighborhood.”

Chuan was immediately drawn to the Calysta, then the newest floor plan in Gallagher and Henry’s Lifestyle Series. “I wanted the biggest home I could get,” he says. “Go big or go home, right?”

There was, however, one small problem: Gallagher and Henry did not have a Calysta model for the family to tour. “But they already had some families living in Calystas, so Sandie arranged for us to visit one of those homes,” Tram says. “That sealed it for us.”

Though the family inhabited a brand-new home on Chicago’s Northwest Side, they did not design that residence. Chuan, in particular, craved the opportunity to put his personal stamp on the Calysta. “Anyone who knows me, knows I’m a customization kind of guy. I like to have things my way,” he says.

And Chuan delivered no shortage of ideas. He wanted cabinetry in the kitchen removed to accommodate a full-size refrigerator and full-size freezer. He requested a deeper pour in the basement to allow for 9-foot ceilings. And he asked that the exterior living room wall be pushed out an additional 4 feet to further enlarge the Calysta’s 3,365-square foot plan.

An ambitious Chuan also crafted plans for a completely redesigned second floor that converted the four-bedroom plan into a five-bedroom home without sacrificing the office or the convenience of second-floor laundry. “I mocked it up in Photoshop and the architect took it from there and finalized the plans,” Chuan says.

To achieve peace of mind, Chuan hired a trusted and thorough inspector to examine the home twice: once at framing and again when the home was complete. “I had used this inspector twice before on purchases and he’s thorough,” Chuan says. The inspector’s two separate investigations of the property cemented the family’s confidence in its investment with Gallagher and Henry.

As hoped for, Chuan and Tram’s children, now 5 and 4 years old, have grown up with the neighborhood over the last four years. Newly built homes now surround the family and a wonderful sense of community has blossomed, including a neighborhood block party and annual Halloween festivities. “We’re loving it,” Tram says. “It’s our forever home.”