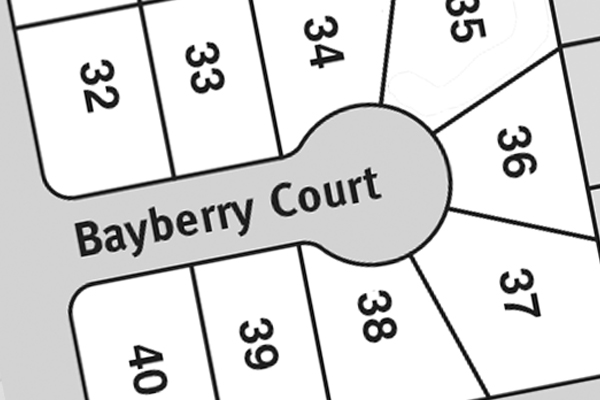 New construction is coming to Suffield Woods in Palos Park.

“If homebuyers select a home site on the Bayberry Court cul-de-sac, they’ll enjoy all the benefit of new constructions in an established community of homes,” Gallagher and Henry sales associate Tina Plastiak assures.

Since first opening Suffield Woods in the early 1990s, Gallagher and Henry has constructed more than 300 single-family homes in the community. For years, however, it held onto the Bayberry Court homesites, earmarking them for future model homes that they never needed to build.

The nine large Bayberry Court lots inhabit the eastern edge of Suffield Woods and can accommodate any of Gallagher and Henry’s Lifestyle Series home plans, which start at $463,700. Built with contemporary living top of mind, Lifestyle Series homes contain some of the most in-demand amenities of today’s homebuyers. The open-concept floor plans include standard features such as three-car garages, dedicated home offices or flex spaces, full basements, mudrooms, and ENERGY STAR certification that reduces home operating expenses and environmental impact.

Gallagher and Henry’s current Lifestyle Series lineup features two ranch plans, including the recently introduced Fremont that has quickly become a popular choice, and four distinct two-story plans running from 2,604 square feet to nearly 3,400. From moving interior or exterior walls to private outdoor retreats and finished basements, Gallagher and Henry’s home plans can be customized to every individual buyers’ needs.

Suffield Woods has earned its reputation as one of the Southland’s most coveted addresses with a mix of elements that drive quality of life and property values.

As a long-developed community with parkway trees, ponds, and mature evergreens that engulf the area with serenity, Suffield Woods is rich in natural beauty as well as outdoor recreation opportunities. Parks, walking trails, and forest preserves all sit nearby to accommodate a variety of activities from running and cycling to hiking and fishing.

The Appeal of Palos Park

Once a countryside retreat for Chicago’s elite, artisans, and intelligentsia, spurred in part by those seeking a respite from crowds attending the 1893 World’s Columbian Exhibition, Palos Park remains an eclectic and dynamic village with a robust community spirit.

First settled in the 1830s, Palos Park celebrates its past reputation as an artists’ enclave with musical concerts, live theatre, and art events while it has developed fresh community traditions as well, such as the village tree lighting and holiday market.

Palos Park also delivers the conveniences of modern life. Suffield Wood residents enjoy quick access to the vibrant shopping and dining scene along La Grange Road and can easily access a Metra commuter rail station, I-55, and I-355 for travel into downtown Chicago and around the greater metropolitan area.

For additional information on the available lots in Suffield Woods, please contact Tina Plastiak at (708) 301-1999.