In the Spotlight: Lemont 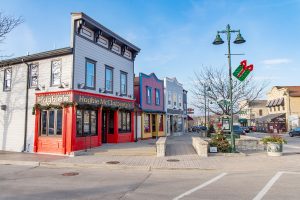 Once a 19th century stop for laborers constructing the Illinois-Michigan Canal, Lemont is now one of Chicagoland’s most prized and rooted suburban communities. Located approximately 30 miles southwest of downtown Chicago, the southwest suburban village pairs its natural beauty and historic downtown with a family-centric vibe rich in community spirit, recreational opportunities, and award-winning schools.

Now claiming 17,000 residents, Lemont’s population has jumped more than 25 percent this century, a hearty nod to its desirability among homebuyers.

To date, hundreds of homebuyers seeking entry into Lemont have turned to Gallagher and Henry’s Covington Knolls community, a collection of some 440 single-family homes located on 127th Street. 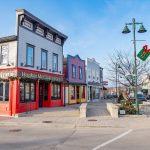 The Heart of Lemont 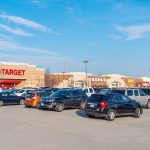 Over the years, Lemont leadership has intentionally worked to situate much of the town’s major commercial development on the edges of town. A major retail center on Archer Avenue in the village’s southern tip, for instance, features a Target, Kohl’s, HomeGoods, and OfficeMax. This strategy has allowed central Lemont to avoid being gobbled up by big-box commercialism and to retain its homey, residential feel. 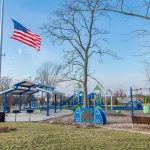 A family-friendly character dominates Lemont, where one-quarter of the population sits under the age of 18. The village features high-achieving schools headlined by Lemont High, a National Blue Ribbon school; includes a park district that hosts over 4,000 special events each year; and has earned plaudits from the National Council for Home Safety and Security as one of the state’s safest cities.

A Home to High-End Science

Argonne National Laboratory calls Lemont home. A science and engineering research laboratory aligned with the University of Chicago and the U.S. Department of Energy, the sprawling scientific campus tackles a range of cutting-edge work in areas such as clean energy and supercomputing. Argonne’s most notable claim to fame, however, was the work carried out in the 1940s and 1950s by Enrico Fermi. The so-called “architect of the nuclear age,” Fermi worked on nuclear reactors at Argonne as part of the Manhattan Project. 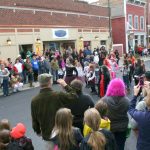