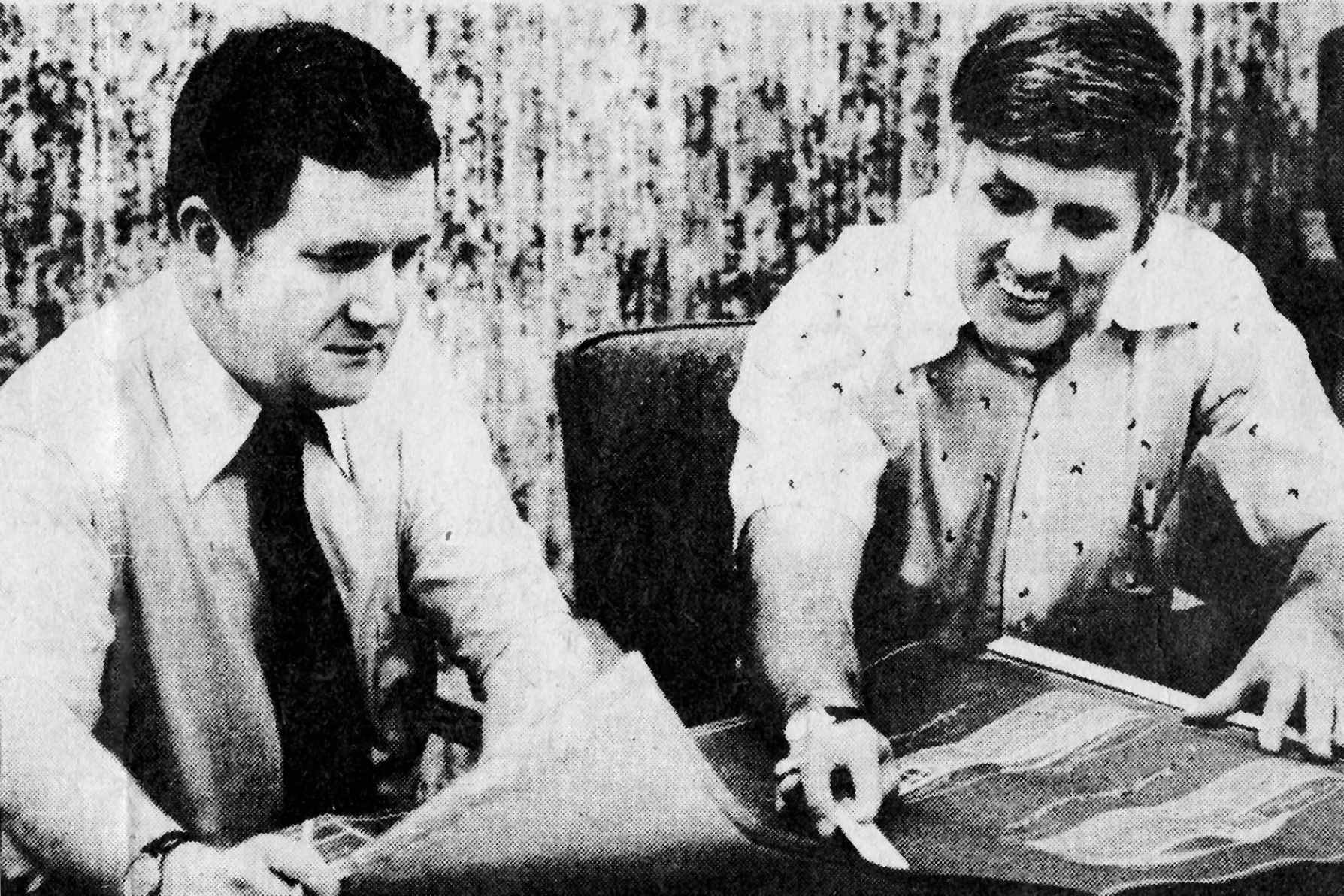 Throughout Gallagher and Henry’s early years, the company remained a barebones operation consisting of founders Bob Gallagher and Dan Henry, two card tables, and a portable typewriter. The partners developed one plot of land at a time on Chicago’s Southwest Side, though Gallagher, an entrepreneurial soul with an innate sense of real estate trends, saw an opportunity for the upstart firm to accelerate its growth and better serve the sprouting Chicago area marketplace.

“Our father’s philosophy was to always reinvest in the business, which included investing in land, people, and operations,” Tim Gallagher says of his father, who divested of his ownership stake in a wholesale produce company in 1957 to devote his full attention to the fledgling residential construction firm he launched three years prior with his brother-in-law.

Gallagher sparked the company’s movement into multi-unit residential buildings down Chicago’s 79th and 87th Streets before setting his sights on undeveloped land on the fringes of 1960s metropolitan Chicago. In 1966, the partners purchased a small farm in Palos Heights and turned it into the first Ishnala subdivision.

“That was the moment they stepped out of the box to develop a huge tract of land,” Bob Gallagher’s son, John Gallagher, says. “It was a bold move.”

And it was only the beginning, as Gallagher and Henry later acquired property in the far southwestern suburbs in modern-day Orland Park, Tinley Park, and Lemont as well as land near the present-day I-355 in western suburbs like Darien, Downers Grove, Westmont, and Woodridge.

“Dad had foresight and vision and sensed where things were going,” Tim Gallagher notes, adding that Gallagher and Henry moved its headquarters from Chicago to an all-brick office building in Countryside so Bob Gallagher could be within 30 minutes of any Gallagher and Henry development. “He always wanted to keep eyes on every project.”

The large-scale land purchases altered the complexion of Gallagher and Henry, shifting the once-bootstrapped operation into one of the Chicago area’s largest and most dynamic homebuilding firms.

“I consider that time in the 1970s a real turning point for Gallagher and Henry,” says Vic Plastiak, who began his career as a Gallagher and Henry sales associate in 1971. “The high volume of sales really began to take off in that period.”

With communities such as Ishnala Woods and Creekside, Gallagher and Henry played a prominent role in the booming residential growth of Orland Park, where the population surged from 2,600 in 1960 to nearly 36,000 in 1990.

“[Orland Park has] everything you’d look for in a community to build single-family homes – good shopping, good schools, the roads are being improved, and there’s lots of room to grow. It’s new, clean, just a good place to live,” Bob Gallagher told the Chicago Tribune in May 1986, a year in which Gallagher and Henry would build more than 600 homes in the southwest suburban village.

In subsequent years, Gallagher and Henry would open communities such as Covington Knolls in Lemont, a 518-unit development that remains the single largest subdivision in the historic village’s history, as well as Brittany Glen in unincorporated Orland Park, where Gallagher and Henry stepped into the upscale market with stately single-family homes boasting upwards of 4,000 square feet.

“If you’re looking for a home that’s a little more distinctive, a little more spacious, and a lot more luxurious than most, your search ends at Brittany Glen,” read a 1989 Gallagher and Henry ad for the community where homes started at $331,500.

In 1990, one Brittany Glen homeowner told the Chicago Tribune why he and his wife had selected the upscale community: “We looked at a lot of other new home developments in the south suburbs, but we were drawn to Brittany Glen because of the reputation of the builder [and] our confidence was well placed.”

John Gallagher confirms that his father – who led the business himself after co-founder Dan Henry’s 1978 retirement – never deviated from a proven recipe of craftsmanship, quality, and attention to detail.

“He was never about cutting corners to be the cheapest guy in the neighborhood, and he believed homebuyers would see the long-term value in that,” John Gallagher says.

Gallagher’s insistence on honoring the faith buyers had placed in his family-owned firm prompted some daring business decisions to ensure the company could deliver on its promises. In Darien, for instance, Gallagher and Henry set up a waste-water treatment plant to overcome the lack of local sewer infrastructure.

“It was unheard of that a developer would be going to those lengths, but the company attitude was to do whatever necessary to deliver homes,” Tim Gallagher says. “If something got in the way, we figured a way over it, around it, whatever it took.”

In the western suburbs, that persistence spurred extensive residential growth. From the mid-1970s into the early 2000s, Gallagher and Henry constructed some 8,000 homes in communities such as Downers Grove, Darien, and Woodridge.

And though Gallagher and Henry would dabble in some commercial development, including shopping centers and banks, the homebuilding firm ultimately dropped those efforts to focus solely on residential.

“After all, residential is what we know best and where our heart is,” John Gallagher concludes.