Family Embraces Life in the Calysta 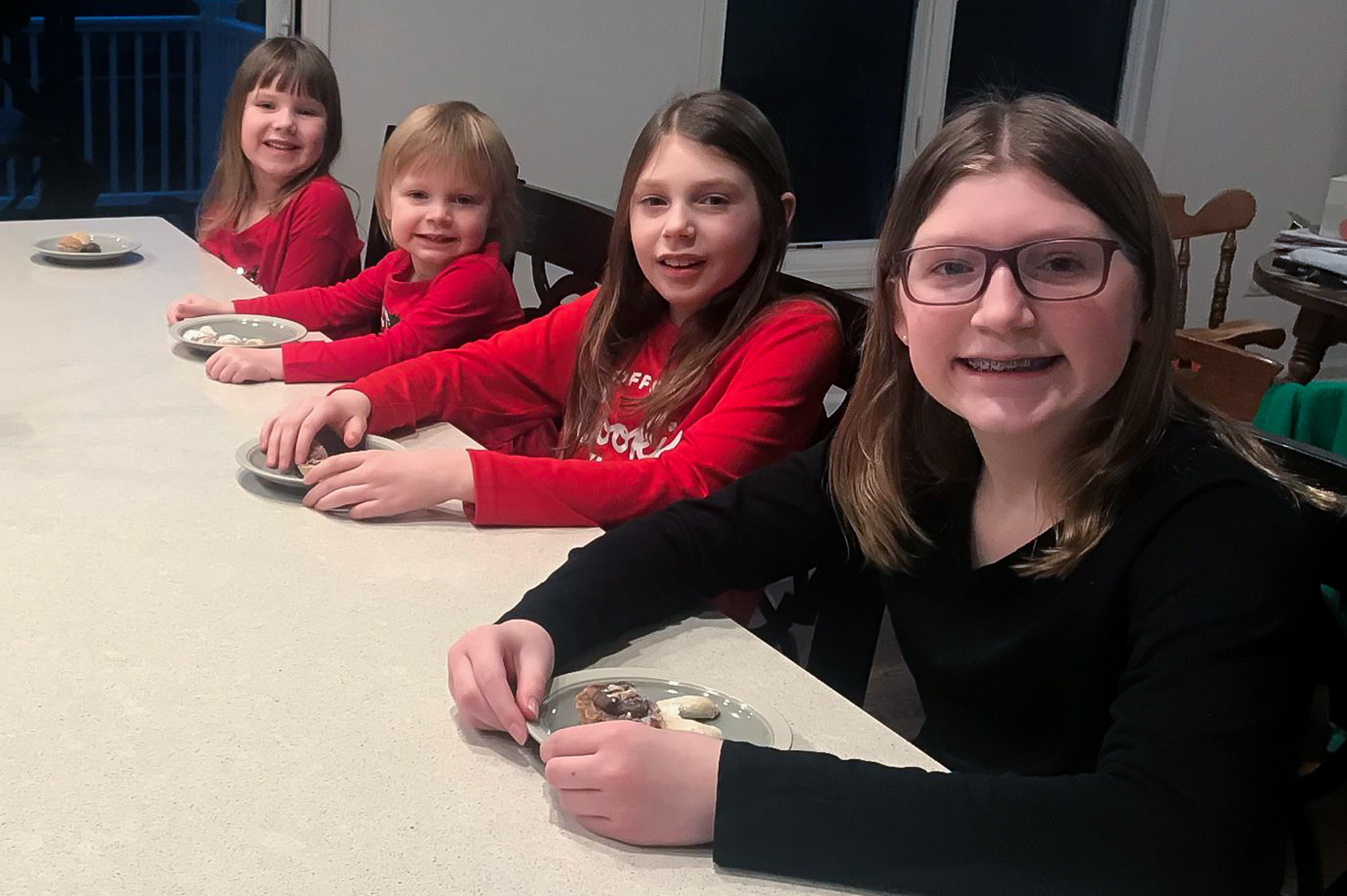 With four girls under age 12, Joe and Julia had outgrown their previous three-bedroom home in Woodridge. “We were at the point where we needed to spread out and find a bigger home,” Joe says.

Focused on staying in the same school district, the family began by exploring the resale market in and around Woodridge. “We were finding homes that either didn’t suit our needs or required a lot of work,” Julia says.

Then, Joe and Julia remembered Farmingdale Village, Gallagher and Henry’s new home community located in the southeast corner of Woodridge. Not only would a home in Farmingdale Village enable the family to remain in Center Cass School District 66, but it would also enable them to build a home that suited their needs. “We could get the space we needed and also have the ability to pick and choose what we wanted,” Julia says. “There wouldn’t be a need for a kitchen remodel because the kitchen was built the way we wanted it.”

The family also stood confident that Gallagher and Henry would deliver a quality-built home. “The home we were living in was built by Gallagher and Henry in the 1980s and we were the second owners,” Joe says. “Everything in the original home was great. The only area that we had a problem with was the addition, which was completed by a different company. When you look at Gallagher and Henry homes, you can tell the quality and durability is high, and we experienced as much.”

Touring different two-story models in Gallagher and Henry’s Lifestyle Series lineup, the family quickly selected the four-bedroom Calysta. “The first time we went through the Calysta, the girls were already claiming their bedrooms,” Julia recalls. The family then selected a cul-de-sac lot that bordered a wooded area.

Gallagher and Henry sales manager Sandie Kanakes guided the family through the construction process, moving from exterior selections to interior selections in an orderly manner over many weeks. “Sandie took us step by step and kept us on pace, which was great because we didn’t know anything about building a new home,” Julia says. “She would tell us what was next and encourage us to think about what we wanted, whether by looking online, sending us photos, or making recommendations. She got to know us and made thoughtful suggestions that simplified the entire process.”

Gallagher and Henry also accommodated the family’s request for custom changes to the Calysta floor plan. Specifically, the homebuilder installed a closet pantry in the kitchen, while a deeper pour in the basement provided higher ceilings. “I loved how we could adjust the floor plan to work for us,” Julia says.

Though unnerving to move amid a pandemic, the family has quickly settled into their new home. They enjoy the Calysta’s open floor plan, the family room’s electric fireplace, and a second-floor laundry room that has added ease and convenience to a necessary household chore. Most of all, the family appreciates having more than 3,300 square feet, which has been especially appreciated in the era of remote learning. “We don’t feel crunched at all,” Joe says. “We all have space we need and then some to spread out.”

And the gourmet kitchen already has Julia excited for the 2021 holidays. A longstanding family tradition brings extended family to her house every other December for multiple days of baking. “One year, we did 17 different varieties of cookies over the weekend, many using my grandmother’s recipes,” Julia says. “I’m on the schedule to host in 2021 and we’re going to enjoy it in this big, open kitchen with a large island.”