After celebrating 60 years in 2014, Gallagher and Henry Poised for a Bright Future 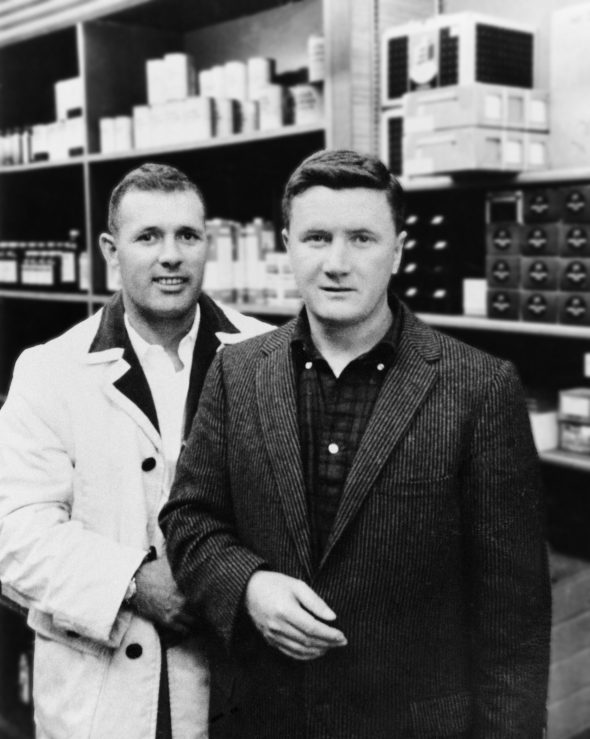 Over the last 60 years, Gallagher and Henry has developed more than 40 Chicagoland communities and constructed nearly 15,000 homes.

Motivated to build on that foundation, Gallagher and Henry stands poised for an energizing 2015.

This spring, the homebuilder will debut its latest Lifestyle Series home plan, the Danbury, in Tinley Park’s Radcliffe Place community, before opening the Calysta model in Homer Glen’s Kingston Hills community in the summer. Later in 2015, Gallagher and Henry will begin taking lot reservations at Farmingdale Village in Woodridge, the first phase of that established community’s next 107-lot development.

“We’re continuing to charge forward and excited about what the future has in store for us and, more importantly, our homebuyers,” Gallagher said.

When local homebuilder Gallagher and Henry celebrated its 60th Anniversary in 2014, John Gallagher embraced the opportunity to reflect on the family-owned construction firm his father, Bob Gallagher, and uncle, Dan Henry, started in 1954.

In business, Gallagher noted, longevity doesn’t come from leaders taking shortcuts or favoring short-term gains, but from earning trust, executing on promises and exceeding expectations time and time again. That, in a single sound bite, is the Gallagher and Henry story.

“I believe my father and uncle would be proud of where we are today,” said Gallagher, now a principal with the company based in west suburban Countryside. “We continue their legacy of helping people enjoy the American Dream and employing local tradesmen, stabilizing and supporting people and local communities by building homes that last.”

60 years in the Making

The Gallagher and Henry story begins on the city’s southwest side. There, in shadow of Midway Airport, Gallagher and Henry, a pair of blue-collar, Chicago-bred entrepreneurs, built their first brick homes, creating an enterprise built on trust, professionalism and quality.

From there, the partners traveled south and west, constructing residences in Midlothian and Oak Lawn, Evergreen Park and South Holland, and, more recently, villages such as Orland Park, Lemont, Tinley Park, Woodridge and Homer Glen. Over the last six decades, Gallagher and Henry has built nearly 15,000 local homes.

“It’s truly remarkable and, frankly, an honor to think about how many people, families and lives we’ve touched,” said Gallagher and Henry, Director of Operations, Linda Staszak, who began working with the homebuilding firm in June of 1972.

Throughout its 61 years, Gallagher and Henry has adhered to a simple, unshakable mission defined by its co-founders and still engrained in the company’s DNA: build the best homes in the best communities. Purchasing large tracts of land in both proven and up-and-coming villages with strong school systems and sound governance, Gallagher and Henry has provided homebuyers long-term value with strict quality control standards for everything from a home’s foundation to its front door.

“A lot of people say ‘They don’t make ‘em like they used to,’ but we do,” Gallagher said. “While we’ve certainly evolved with building codes and technology, our commitment to expert craftsmanship that will survive for generations remains the top priority.”

Looking into the Future

Today, a new generation of buyers, many raised in a Gallagher and Henry home themselves, is discovering the can-do attitude that has characterized Gallagher and Henry since 1954. The firm continues providing its homebuyers personal attention and evolving with an ever-changing real estate market, highlighted by the 2010 launch of the Lifestyle Series, a portfolio of home plans designed for contemporary living.

With the past serving as a sturdy foundation, Gallagher and Henry continues to capture new market opportunities.

Last year, Gallagher and Henry launched two new homes in its Lifestyle Series – the Calysta and the Danbury – and both will debut models in 2015. The Danbury will open in Tinley Park’s Radcliffe Place community this spring, while the Calysta model is slated to open this summer in Homer Glen’s Kingston Hills community.

Later in 2015, Gallagher and Henry will also begin taking lot reservations at Farmingdale Village in Woodridge, the first phase of that established community’s next 107-lot development.

“We’re continuing to charge forward and excited about what the future has in store for us and, more importantly, our homebuyers,” Gallagher said.

Gallagher and Henry is currently offering single-family homes in eight different southwest suburban communities as well as condo living at Goodings Grove in Homer Glen and Farmingdale Village in Woodridge. Single-family home prices start at $379,200, while condominiums begin at $189,900.