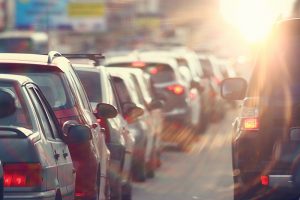 When selecting a new home, so many factors come into play. The cost, that’s a given. The home’s layout and location, of course. Community amenities, the local recreational scene, and safety features also tend to loom large.

One thing prospective homebuyers would be wise to consider as well: the commute to work.

In a recent survey from professional staffing firm Robert Half, 45 percent of people called their trip into the workplace too long, a 15 percent climb from a similar Robert Half survey conducted two years prior.

And those long commute times can have a real impact on one’s well-being. Half the survey’s respondents reported that their commute to work is stressful, a feeling that has implications for individuals’ mental and physical health, their professional productivity, and their sense of a positive work-life balance.

That’s why accessibility to expressways and commuter train stations as well as the health of local employers is something Gallagher and Henry champions at its new home communities across Chicago’s southwestern suburbs.

The Farmingdale Village community in Woodridge, for instance, sits adjacent to two major Chicago area highways in I-55 and I-355. Covington Knolls in Lemont as well as Gallagher and Henry’s two Homer Glen communities Kingston Hills and Goodings Grove – also sit within a short drive of the fast-moving I-355 southern extension. Radcliffe Place in Tinley Park, meanwhile, resides immediately north of I-80. This proximity to major highways provides residents of these Gallagher and Henry communities convenient access to areas across Chicagoland.

A strong local business base can also help residents score jobs closer to home and reduce commuting times. In Orland Park, Woodridge, Tinley Park, and Homer Glen, Gallagher and Henry builds its award-winning new homes in some of Illinois’ best cities for jobs, according to an extensive study from Wallet Hub.

The combination of access to key transportation lines – be it road or rail – as well as a vibrant local job market can help individuals savor a more seamless commute. In Gallagher and Henry communities across Chicago’s Southland, residents can enjoy a higher quality of life both at home and the office.