Behind the Build: Steve Henry 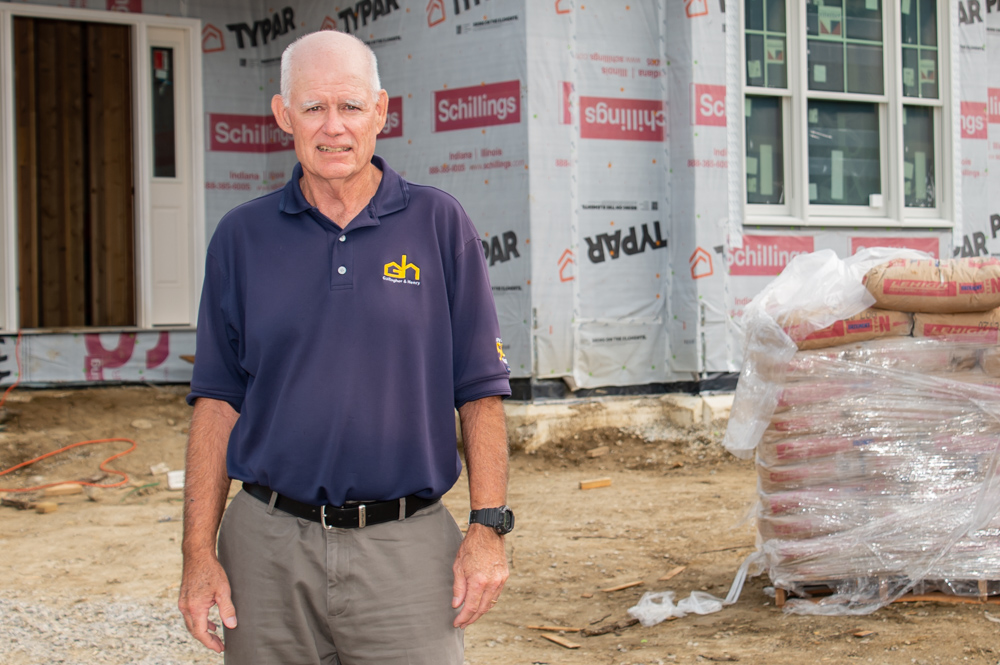 In this installment of “Behind the Build,” we introduce Steve Henry. An avid golfer and aviation enthusiast, Steve joined Gallagher and Henry as a carpenter in 1978 and has been Gallagher and Henry’s construction superintendent since 1996.

What are the primary responsibilities of your job today?
I do all the new starts for houses, which has a few different components. When buyers are interested in putting up a house, I create the survey so the buyer can see what the home looks like on the lot. I work alongside the sales staff on any structural modifications the homeowner might desire, which could include some CAD work to show elevations or sketches of floor plans. I also line up all the permits as well as the excavator, concrete, and carpenters to get the house “under roof,” as we call it. Then, I hand it off to my capable colleague [Gallagher and Henry superintendent] Ed Holmquist to bring the home to completion.

What do you most enjoy about your role with Gallagher and Henry?
There’s an excitement level homebuyers bring to the new home construction process and it’s rewarding to be a part of a team that’s committed to getting the job done the way the buyers want.

How do you feel Gallagher and Henry distinguishes itself on the construction front?
From top to bottom, our craftsmanship is excellent and that begins from the start with the fact that we stick-build houses. That allows our buyers to make changes because they’re not dealing with manufactured panels. We’re building their house on site for them. That flexibility to take our plans and customize them for the owner – to change elevations or to move walls and windows – is a real differentiator and something I believe our buyers genuinely appreciate.

Speaking of that flexibility, what’s one of the more interesting requests you’ve ever addressed for a buyer?
A family in Darien had built a bi-level with us decades prior and were now looking for a new house that fit their current needs. They had such a connection to the location that they asked us to tear down their existing home and then build them a ranch with an elevator going down the basement to account for a family member’s mobility issues. When someone calls you to build a second home on the same lot and trusts you with such a large project, that says something.