A Color Guide for Your Home 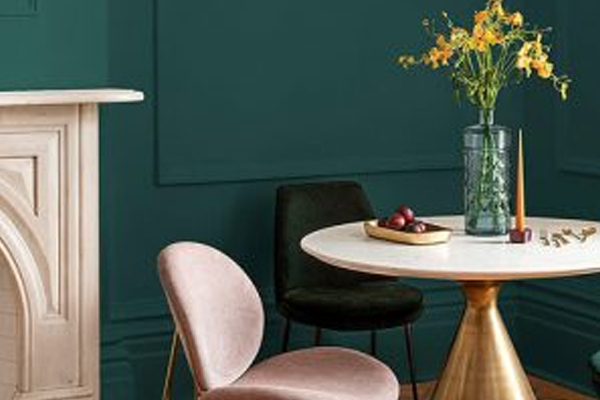 PPG Industries, the parent company of Glidden paints, called Night Watch “a rich, luxurious, and classic shade of green [that] emulates the feeling of lush greenery and the healing power of nature.” A bold, dark color, PPG says Night Watch “has the ability to almost act like a neutral,” though it is also “intense enough” to stand as a feature color on either interior or exterior walls.

PPG’s selection of Night Watch as “Color of the Year” follows its 2018 recognition of Black Flame, another dark, nature-inspired hue designed to promote a restorative, mind-clearing feel.

According to color psychologists – yes, there is such a professional trade that studies the effects of color on human behavior and emotions – shades of green like Night Watch represent growth and renewal, largely spurred by green’s strong ties to nature. Those positive attributes make green a popular choice for virtually any room in the home. Rich, darker hues like Night Watch can deliver composure and calm to a home office or sitting room, while softer greens with hints of blue can produce a soothing effect in a master bathroom.

Here’s how other colors play in the home: