The Gallagher and Henry story is one of spirited entrepreneurship and a commitment to the craft of quality homebuilding. 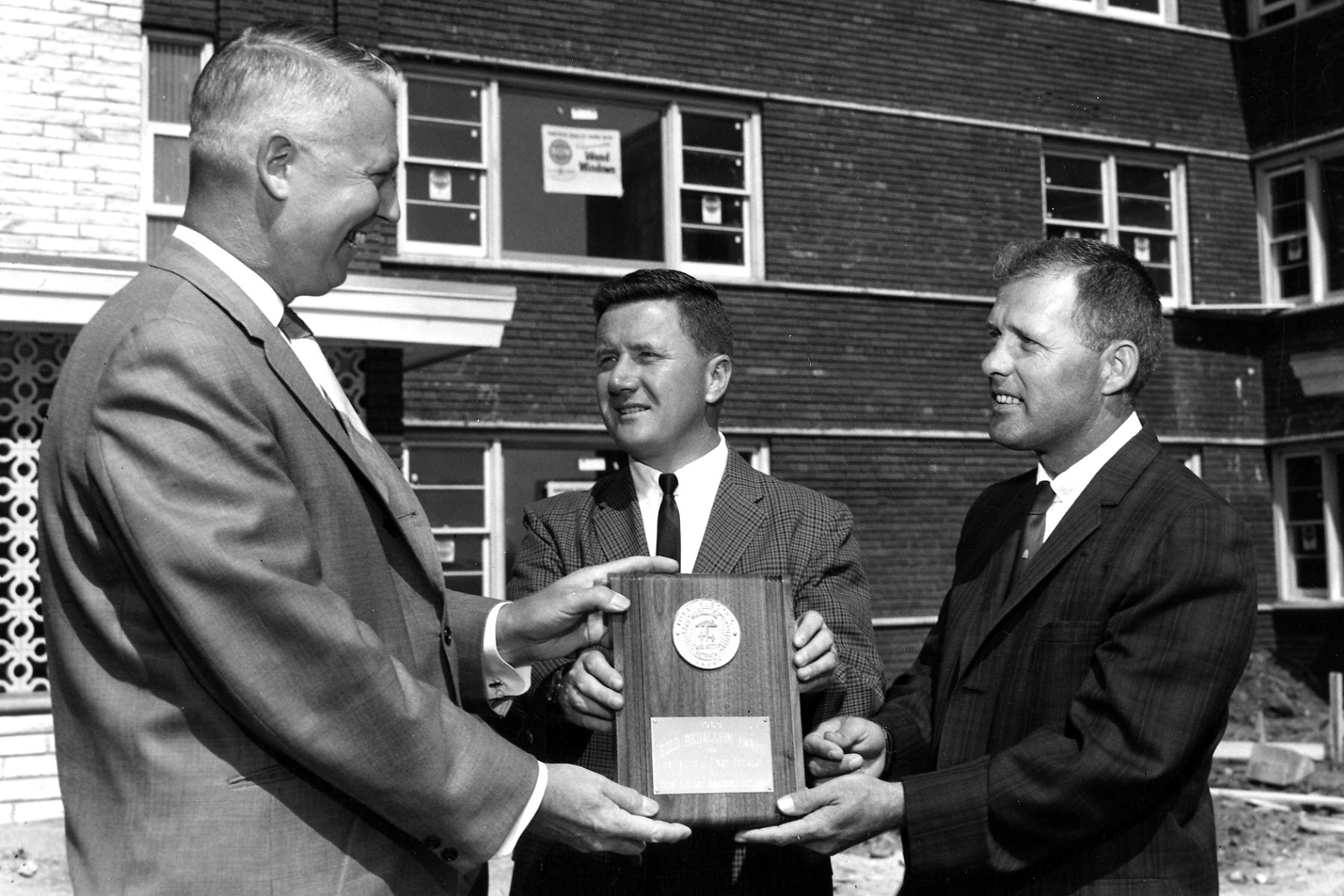 In 1954, Bob Gallagher teamed with his brother-in-law Dan Henry to build solid brick homes for Chicago’s burgeoning middle class. Early on, Gallagher, a buyer for a fruit market, and Henry, a bricklayer, worked evenings and weekends at the home sites to personally oversee the construction of each residence and communicate with buyers.

Quickly, the Gallagher and Henry name caught on, as did the duo’s dedication to sturdy construction, value, quality control, and an honest relationship between buyer and builder. By 1968, Gallagher and Henry had built over 2,500 homes in Chicago and then turned their attention to a growing suburban population in the Southland region.

Throughout the final decades of the 20th century and into a new millennium, the Gallagher and Henry team continued their focused approach to the tune of over 16,000 new homes. All along, the business remained family owned and operated, as the founding members continued to tour construction sites and ensure that the Gallagher and Henry brand never strayed from its rooted, idealistic principles.

From the time Gallagher and Henry laid their first brick to the present day, the company has promised to blend craftsmanship with premier location, a combination it felt would serve families well in the present as well as the future. Today, that well-intentioned philosophy lives on with a new generation of both Gallaghers and Henrys. At communities throughout the Chicagoland area, including Orland Park, Woodridge, Tinley Park, and Lemont, the Countryside-based homebuilder continues its longstanding reputation for value, construction, and family-friendly communities.

As the 21st century further unravels, Gallagher and Henry retains its long-held principles while simultaneously embracing an evolving industry, a developing American landscape.

Alongside Gallagher and Henry’s core staples of brick construction, family-centric communities, and value, the homebuilder has become increasingly focused on home design trends and innovative construction methods. In 2009, Gallagher and Henry unveiled its first Energy Star qualified home in the Goodings Grove community of Homer Glen, an eco-friendly credential that fewer than 20 percent of America’s new homes carried.

We Build the BEST homes in the BEST communities.