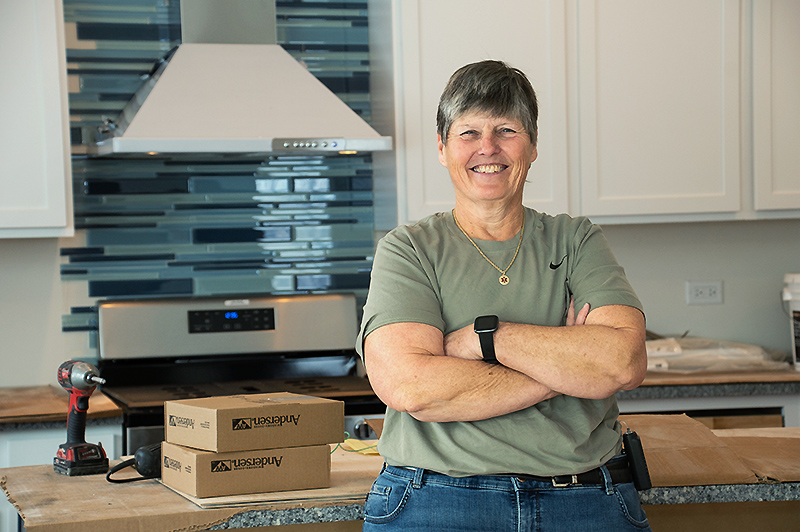 How did you come to join the Gallagher and Henry team back in 1990?

My in-laws had been working for Gallagher and Henry for decades prior and they brought me into the mix. I began as a part-time employee in new construction, which meant I was cleaning and readying the houses for the new homeowners – vacuuming and washing the cabinets, cleaning the window ledges, wiping the doors, and everything else it took to make them truly move-in ready for our buyers.

The early 1990s, in particular, were an immensely active time for Gallagher and Henry given the explosive growth of the southwest suburbs. What was that like?

It was an all-hands-on-deck situation. Gallagher and Henry was building upwards of 500-600 houses each year between Orland, Palos, and Woodridge. You would finish cleaning one house and move onto the next, sometimes three in one day with a crew of people. It was nonstop.

What has been most energizing about working with Gallagher and Henry these last 30-plus years?

I can truly say I love my job. It’s not easy labor, especially now that I am 60, but I take pride in my work and doing things the right way. Every day is something different. It’s a different house or I’m meeting different people. I get to see the houses our buyers pull together – the colors they select, the changes they make, and so on. I have seen thousands of homes over the years and no two have been exactly alike.

And how have you enjoyed working within a family business all these years?

My father owned a bakery, so I understand the general dynamics of a family business and just how personal the reputation and success of the business is to ownership. I clearly saw that in [Gallagher and Henry co-founder] Bob Gallagher and it has flowed right down to the next generation. They bring a passion to their work and take it personal. [Bob’s son] John Gallagher, for example, was my boss and I watched him, just like his father, put up light fixtures or clean something that wasn’t up to snuff. He’s meticulous and is going to make sure everything meets Gallagher and Henry’s high standards.

Outside of work, what do you enjoy?

I love to read, especially a good mystery, and enjoy being out in nature as much as possible. I’m a die-hard Cubs fan – don’t bring the White Sox into my house – and a Pittsburgh Steelers fan during the football season.

As a native South Sider, what is your go-to local spot for a quality meal?

As simple as it seems, I’m going to The Patio for ribs. 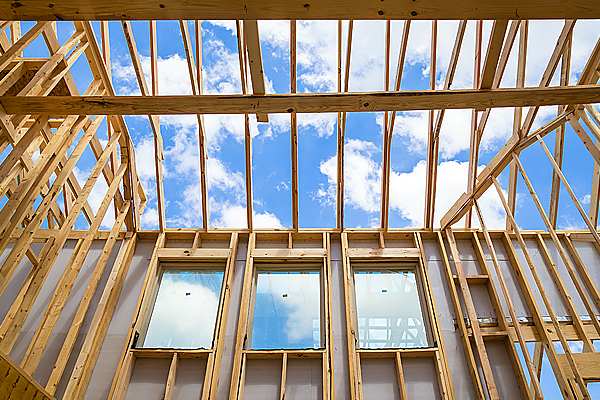 Throughout 2021, Gallagher and Henry shared original stories on its website providing insight, information, and inspiration about the contemporary real estate world. From articles detailing notable developments in the housing market and design trend pieces to profiles of Gallagher and Henry homeowners, staff members, and communities, we attempt to provide stories that help you get to know us and enter the real estate market with added confidence and perspective.

Here are the five most popular stories published on the Gallagher and Henry website in 2021:

Construction of New Homes Is Rising. Here’s Why.
June 2, 2021
No story on the Gallagher and Henry website generated more engagement than this June piece highlighting a rise in new home construction not seen since 2006. Though the U.S. fell short of hitting projections of 1.75 million new homes in 2021, the nation nevertheless added some 1.5 million new homes to its landscape during the calendar year. For so many buyers, the dearth of existing inventory coupled with the allure of historically low interest rates and the convenience and control of choosing new construction proved too compelling an option to pass up.

Successfully Satisfied
January 14, 2021
The second story posted to the Gallagher and Henry blog in 2021, this feature on one young couple’s decision to build in Gallagher and Henry’s Farmingdale Village community attracted eyeballs throughout the year. Chaun and Tram detailed their decision to build with Gallagher and Henry, how an attentive home inspector confirmed the quality of Gallagher and Henry’s work, and settling into their new home and the Woodridge community. The couple also noted the custom changes they made to their Calysta floor plan, which included nine-foot basement ceilings, extending an exterior wall to enlarge the home’s square footage, and redesigning the home’s second story to accommodate a fifth bedroom.

A Seller’s Market, House Hunters, and the Undeniable Appeal of New Construction
October 7, 2021
This data-rich story underscored the reality of 2021’s “seller’s market” and explained why a number of savvy buyers were ditching the resale market for new construction. With active home listings in the Chicago area down nearly 50 percent year over year, buyers were “being caught in bidding wars, forced into hurried, act-now situations, or confronting as-is properties that immediately placed their investment in peril.” New construction became an attractive antidote, offering homebuyers a more controlled, transparent, and streamlined process compared to mixing it up on the resale market.

Why a New Home Might Be the Most Affordable Home
July 22, 2021
Conventional wisdom has long held that the price of new construction far outpaces that of getting a comparably sized home on the resale market. The year 2021, however, turned that idea on its head. A low supply of resale properties, bidding wars, and a significant rise in renovation costs due to labor and supply chain issues increased the price of both purchasing and modernizing a home. At the same time, low interest rates gave buyers more purchasing power than ever before. The result? New construction, which many prospective homebuyers once dismissed as cost prohibitive, became more attainable and sensible than ever before.