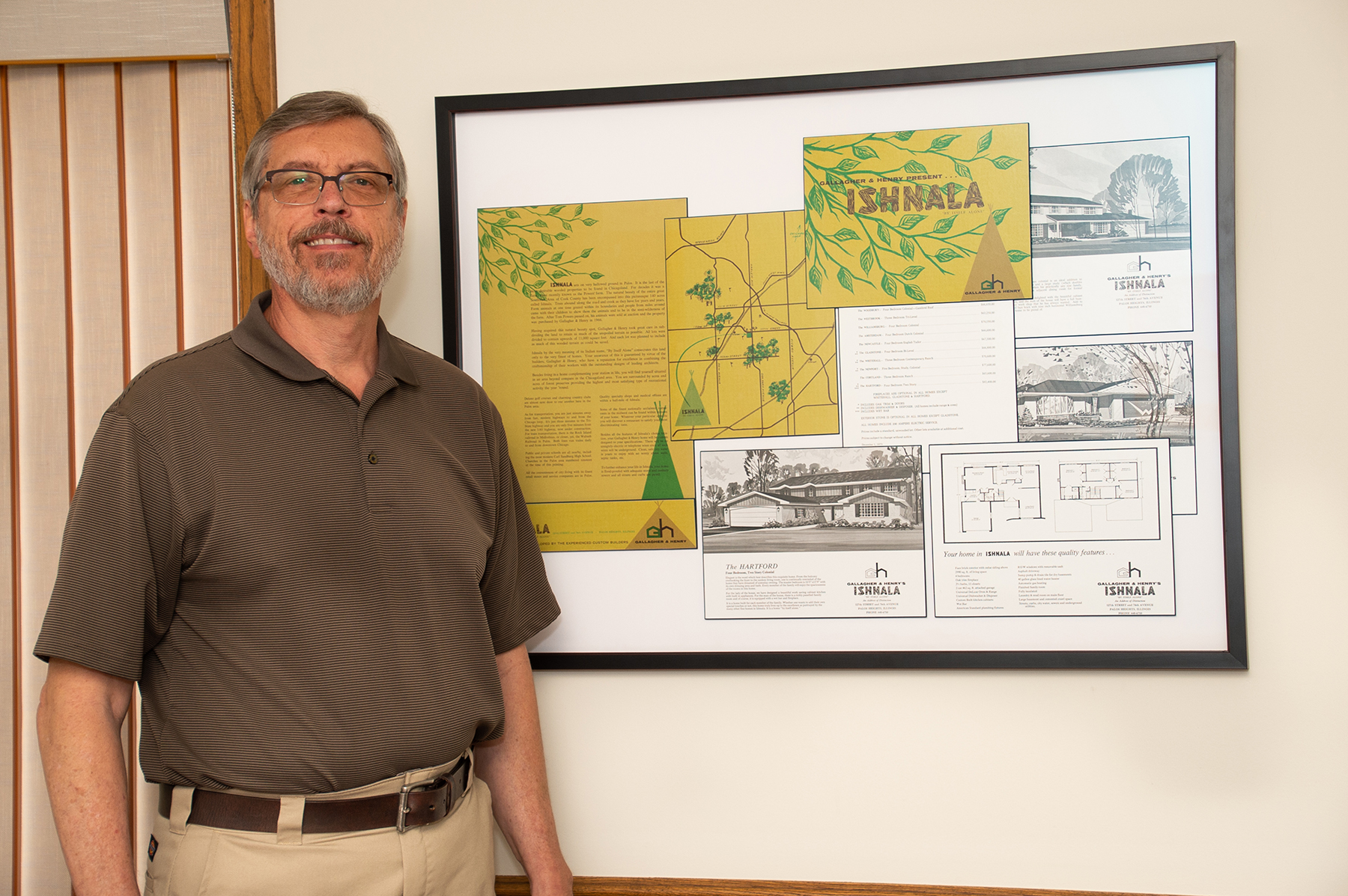 Today, we introduce Ted Kielbowicz, Gallagher and Henry’s controller. An invaluable member of the team at our Countryside headquarters, Ted oversees the company’s accounting functions, everything from bookkeeping and payroll to financial statements. In October, the South Side native, who is known around the office for his professionalism, collaborative spirit, and good-natured attitude, will retire after a 40-year career with Gallagher and Henry.

How did you come to Gallagher and Henry back in 1981?
I had been working in corporate accounting roles downtown, but I was eager for a change. Back then, every job hunter turned to the newspapers’ want ads and that’s where I saw the opening with Gallagher and Henry. Even though I had grown up on the South Side, where Gallagher and Henry had established itself as one of Chicago’s top homebuilders, I admit I didn’t know who they were. As a young guy, I just wasn’t too aware of who was building houses in the neighborhoods.

What appealed to you about the position with Gallagher and Henry?
Well, first, it gave me an opportunity to be closer to home and to skip the daily commute downtown. Second, when I interviewed with [Gallagher and Henry co-founder] Bob Gallagher, I could tell he was a no-nonsense guy. It wasn’t a corporate setting, but rather a family-owned business. The more direct, streamlined environment really appealed to me.

What specific roles did you fill over the years?
When I started in August 1981, the company already had numerous bookkeepers, so I started as a senior accountant type. As the company grew, I became the de facto office manager before I was made the controller.

What have you most enjoyed about your 40-year career with Gallagher and Henry?
Beyond the camaraderie with my colleagues, I have really enjoyed the work itself. In terms of accounting, this is not a simple operation. As Gallagher and Henry is a homebuilder, a land developer, and owns land, there’s quite a bit of variety and complexity involved that keeps the work interesting.

Having been with Gallagher and Henry for 40 years, seeing its evolution from the founding partners to the present day, what have you found most impressive?
Bob Gallagher purchased land at the right time and in places he thought would grow. He was such a visionary and had the drive and courage to make bold decisions. I always respected and admired his foresight and conviction. Then, from one decade to the next, the family has not budged one bit on its central mission: to build high-quality homes. Over the 40 years I’ve been with Gallagher and Henry, there have been ups and downs in the real estate market, times when it would have been easy to justify different decisions on a spreadsheet, but the family stayed committed to high quality. They have never swayed. Not one bit.

When you retire in October, what will you miss most?
Hands down, it will be the people I work with. People come here and stay here, and it is neat that so many of us have evolved together with family, kids, and other life milestones. I really treasure the relationships I have formed with my colleagues over these many years.

What do you think your colleagues might miss about you?
I hope they would say my friendship. I’m an easygoing guy and I hope they thought I was someone they could have a pleasant conversation with and considered me a thoughtful, reliable colleague.

What’s in store for retirement?
At the top of the list is certainly spending more time with friends, family, and, especially, my grandchildren. I enjoy live sports, especially the Bears and White Sox, and movies, particularly military and sci-fi action. The last couple years I’ve also gotten more involved in woodworking, so I look forward to tackling more of those projects.