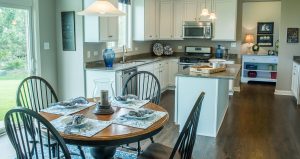 Gallagher and Henry offers a reputation for quality homebuilding in southern Chicagoland and beyond. Since 1954, there’s been one mission: to build the best homes in the best communities. As you’ll see, that mission and reputation are backed up by each detail of every Gallagher and Henry home. Everything you will read about below is standard.

Some features here might be offered as upgrades by other builders. One specific included feature – Anderson 400 Series Windows, simply stand out from the competition. It all adds up to a home that’s more than the sum of its parts.

A Place To Call Home

Gallagher and Henry offers many choices of floor plans, but the most exciting part is customizability available within each design. Plans are just a starting point. You can add/or remove a closet, change a dining room into an office, add a second ensuite in order to accommodate an aging parent or caregiver. Any number of unique customizations are available. All in all, it’s a far cry from the experience of tract built housing which offers a very limited number of options.

With semi-custom homes, you also receive a higher quality product — quality that extends from the foundation to the rafters. Here are some of the included construction features:

People say it’s what’s inside that counts. In terms of your home, but appearances matter, too. Apart from the tasteful, custom designs, here are some standard exterior offerings from Gallagher and Henry:

What does it take to make a house a home? It’s different for everyone. Here are a few examples of elements that are included with a Gallagher and Henry home (and may be optional upgrades with others).

Your home will be built from your choice of the best. The details may change over time, but you can rest assured that you are always choosing from the finest options available. That’s because you don’t just buy a house from Gallagher and Henry — you buy a home. Please contact a Gallagher and Henry sales professional today, to start exploring your options. 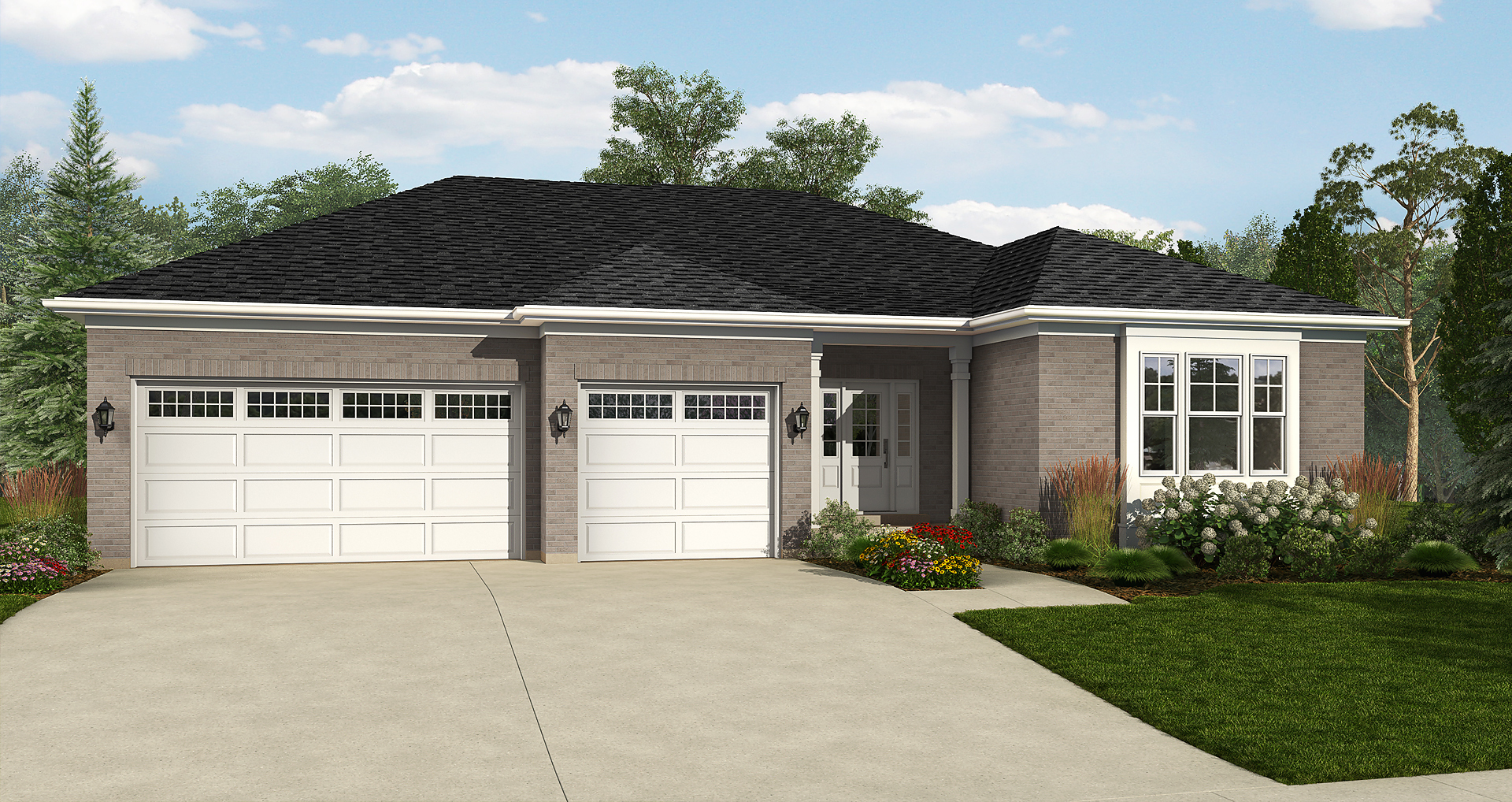 Fielding a swelling number of calls for ranch homes, Gallagher and Henry has unveiled its latest one-level design: the Fremont, a three bedroom, two-bathroom ranch packed with modern conveniences and an open layout as grand as any in the Gallagher and Henry library.

The award-winning, family-owned homebuilding firm has begun construction on a Fremont spec home this summer in the Farmingdale Village community in Woodridge. Slated for completion by early 2020, the residence is available for sale immediately.

“We’re excited to introduce the Fremont, a brand new home plan that shows we’re listening to our buyers and responsive to what they want,” Gallagher and Henry principal John Gallagher says.

Pragmatic and unpretentious, ranch homes have surged in popularity in recent years driven by buyers young and old. Millennials, for instance, have turned to ranch homes as a “rightsized” option dominated by usable spaces while Boomers have embraced ranch floor plans that allow them to age in place.

At Gallagher and Henry, the Amberwood, a ranch home the company debuted to much fanfare in 2010, has become one of the homebuilder’s most popular plans and numerous buyers have leveraged Gallagher and Henry’s construction experience to put their personal stamp on the home.

“Interest in the Amberwood has been quite amazing and demonstrated the high demand for ranch plans built with a 21st century spin,” Gallagher says.

The Fremont is no different.

At 2,280 square feet, a pinch larger than the Amberwood, the Fremont’s defining characteristic is an ultra-open floor plan characterized by a kitchen, great room and dining room encompassing some 700 square feet.

“While the Amberwood has an open floor plan, the Fremont takes open-concept living to the next level with absolutely clean sight lines throughout,” Gallagher says.

Recognizing the kitchen’s role as the heart of the home, the Fremont’s kitchen hosts two islands, one of which includes a sink and dishwasher, as well as a spacious walk-in pantry and chef’s desk.

The Fremont carries its contemporary feel into the master suite, which features a tray ceiling, two walk-in closets, a 6-by-4-foot shower with a seat and a double bowl vanity.

“As with all of our Lifestyle Series homes, we’re creating plans that have the elements our homebuyers most want already baked in,” Gallagher says.

The exterior of the Fremont, meanwhile, features an 11-by-15-foot covered side patio, which buyers can elect to convert into a screened-in sunroom, as well as three distinct front elevations, including two farmhouse-style looks that add dimension and character.

With a three-car garage, mudroom and expansive basement, the Fremont boasts ample storage as well, something today’s buyers have consistently and enthusiastically told Gallagher and Henry they prize.

“We’ve been building homes for 65 years now and our mission has always been to create happy homeowners,” Gallagher says. “Combining Gallagher and Henry’s long-standing history for high-quality construction with dynamic home plans like the Fremont positions us to offer something truly special in the marketplace and homes our buyers will be happy to call their own.”